A Wine Journey From West To East 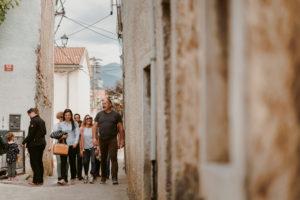 Vipava Valley is a part Primorska –  a coastal region in South-west Slovenia. Its name means “the one by the sea” or simply “coastal”. Primorska is bordered by Croatia in the South and Italy in the North-west. It’s hot Mediterranean climate enables the production of some of the best known Slovenian wines. The terrain is hilly with very diverse soil. With an abundance of hot sunny days, the wines coming from this region are very rich and complex.

Being this close to Italy, Primorska has always been the first to embrace western trends. As such it was the first in Slovenia to market young wines as a serious sales category. In general, the wines are dry with higher alcohol content and low acidity. This is mainly due to the heat and drought caused by the proximity of the Adriatic sea.

Orange is a new white

The winemakers in the area produce all sorts of wine, from fresh to mature in wooden barrels, amphoras and lately even concrete barrels. Orange wines are 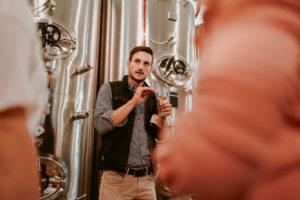 becoming increasingly popular in the region presenting a new challenge to the budding winegrowers by taking them back to their roots. As you will learn during the Wine Tour, orange wines are traditionally made by a short maceration of white wine. This style of production was already popular a few generations back only to become unfashionable. It is now once again becoming a trend, which is great because they really are delicious.

From Merlot to Chardonnay

In Vipava they mostly produce strong white and red wines that are particularly varietal. This is also the home of the largest number of surviving native varieties in Slovenia. The most common varieties grown you will also taste during the Wine Tour in Vipava are Merlot, Sauvignon, Malvasia, Ribolla, Cabernet Sauvignon, Riesling and Chardonnay. 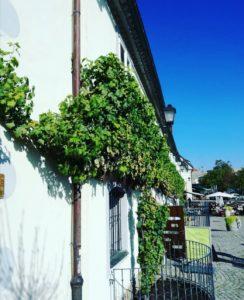 Štajerska is a part of Podravje hilly region, located in North-east Slovenia. Štajerska, also known as Styria, is the largest winegrowing Slovenian region. Slovenia’s second largest town Maribor is located in the middle of the district and is home to the oldest fertile vine in the world. It’s the Blauer Koelner variety (known locally as Žametna Črnina) and is over 400 years old.

Štajerska wine region is known for its elegant varietal white wines, influenced by the Pannonian climate with its high-temperature fluctuations, dry summers and sharp winters. The region is considered to be a northern vineyard, which means the wines have a floral and fruity nose with a lighter body. This makes them more drinkable and less strong than wines coming from the south. Those wines also have a higher acidity, which is mainly due to the cooler climate.

From Riesling to Muscat

The most common varieties in the district are Riesling, Sauvignon, Chardonnay, Šipon and Yellow Muscat. Cheers! 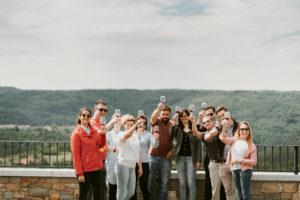